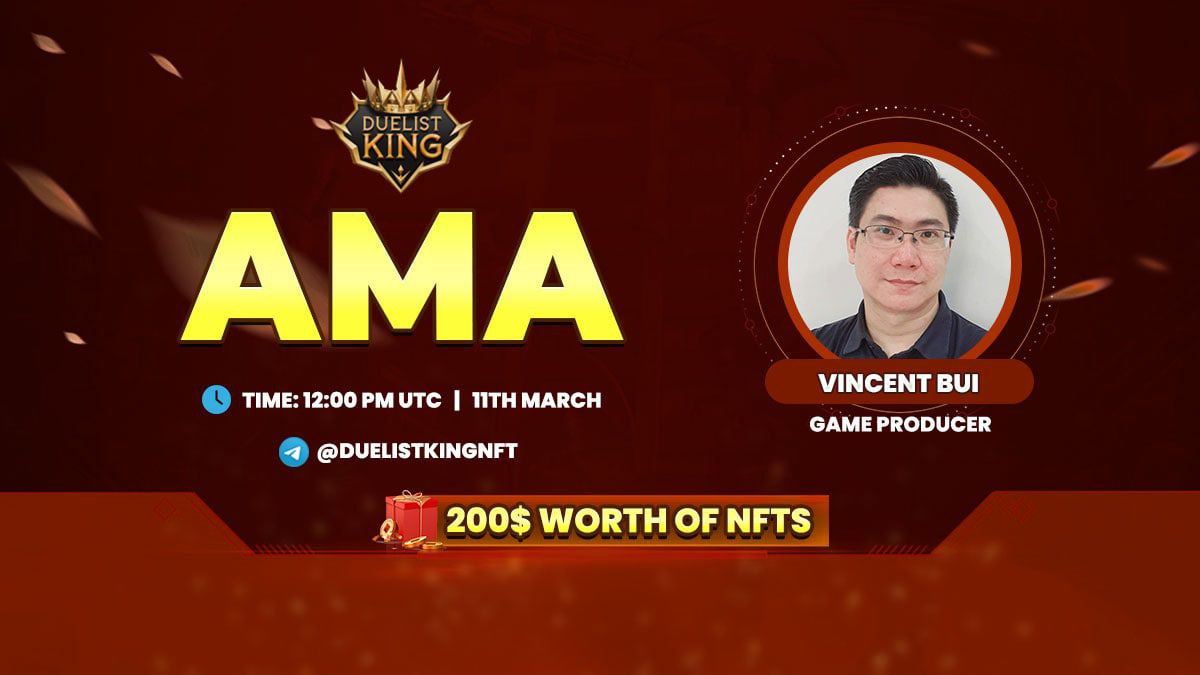 After the success of our game producer, Vincent Bui's last AMA, and the release of our closed alpha, Vincent, paid our telegram group another visit, partaking in another AMA with the community. This blog will recap the AMA.

To start, Vincent explained how challenging the last few weeks have been for the game development team—demonstrating how due to the covid-19 pandemic, the team was pushed to the limit when delivering the game alpha.

Vincent explained how valuable the feedback has been from the community regarding the closed alpha, highlighting that the feedback received is being implemented for future iterations of the game's release.

Alongside giving further detail about the game's development, Vincent explained that Duelist King is at its heart a community game, and the players themselves will be part of the game creation.

The next section of the AMA consisted of a fun game to get the community ready and engaged for their questions to Vincent. Our community moderators had members find words related to Duelist King to create a sentence, enabling them to win mystery boxes.

Community members also asked Vincent about player progression between the closed alpha and later iterations of the game. Vincent revealed that player progress would be wiped, but players would be rewarded for playing the alpha.

He also stressed that the game development team is working hard on the UX/UI of the game in time for the full game release, signifying that the game's layout will continue to change.

And that's about it! Once again, we would like to thank our game producer Vincent for partaking in the AMA and our community for their engagement. Expect more AMA's in the future featuring some of Duelist King's key team members.