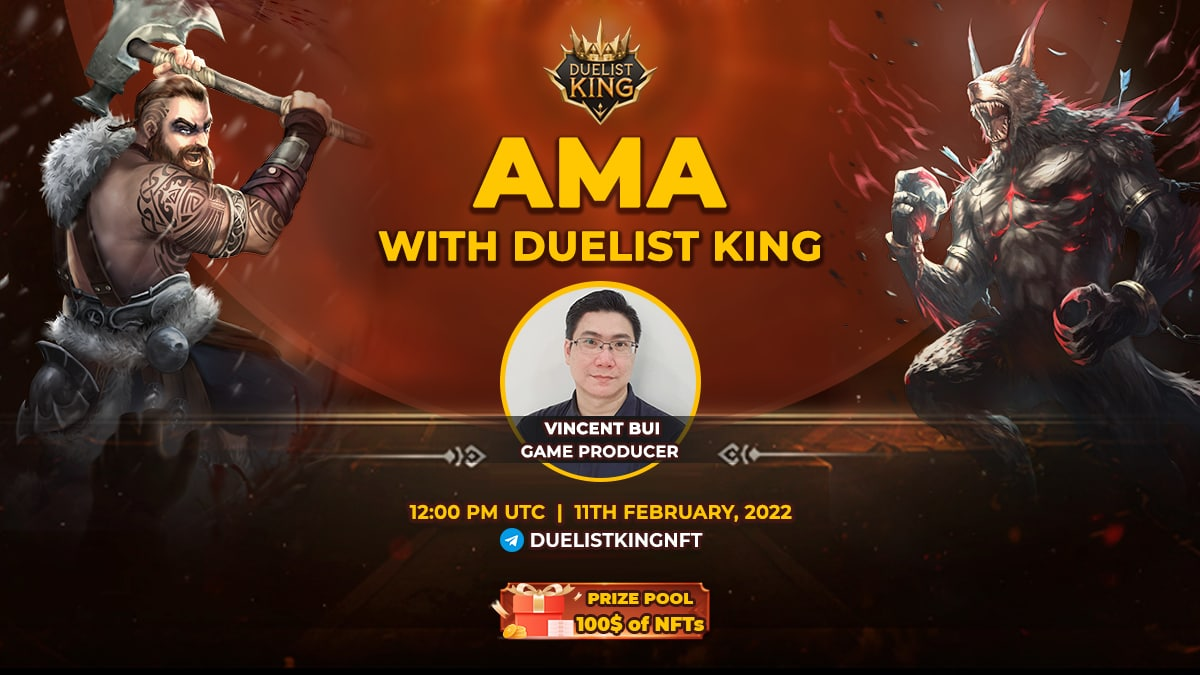 Well, that was exciting, wasn’t it? Our game producer Vincent Bui just partook in an AMA on our official Duelist King Telegram channel!

The AMA was primarily focused on gameplay for Duelist King, with Vincent going into the nuts and bolts of Duelist King gameplay mechanics.

Our Telegram channel has over 20,000 members and is rapidly growing. Many of our fans on Telegram took time to ask Vincent some questions about gameplay and what to expect in time for our demo release and the full game release next month.

Vincent explained a bit about himself to start the AMA, outlining his development experience over 14 years and how he has worked on numerous games, delivering them to the Japanese market.

When asked what excites him most about Duelist King, Vincent excitedly summarised his love for lore building and how the lore behind the game will make the cards more valuable.

Vincent continued to explain the core gameplay mechanics to fans:

“At its core, you need to make card combos by building a card deck from many cards and many factions with different advantages and disadvantages.

You need to design your playing style by choosing the right set of dices:

> Overwhelm your opponent by many units

> Dominate your opponent with legendary cards

> Or change the tide of battle by the powerful Magic card”

As usual with our Telegram AMA’s, we invite our fans to ask questions and compete in minigames to increase engagement.

We asked fans to guess the meaning of symbols on the dice that will be used in the game, for a chance at winning $DKT mystery boxes.

We ended off the AMA by letting fans ask questions to Vincent.

Vincent went into detail about the different types of dice, including using powerups in the future for cards and revealing that the game will have two modes, a normal and a fast mode, making gameplay tougher.

As always, we cannot thank you enough for making AMA’s like this one such a success. Stat tuned for more AMA’s on our Telegram

An Interview with Vincent Bui: CEO of Duelist King