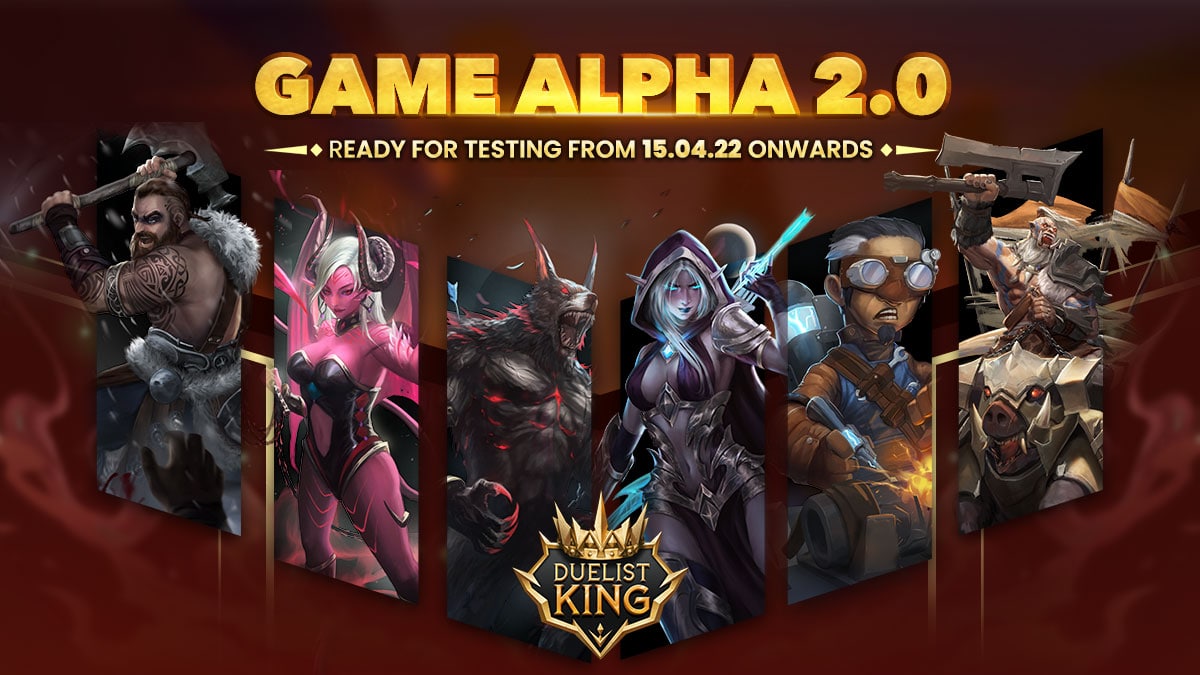 As you know, the last month has been a busy time for Duelist King. Aside from partnership building and community engagement, we also released our first closed game alpha. Two thousand of our most loyal community members were given access to the private alpha and allowed to win thousands of dollars worth of NFTs by providing valuable feedback.

We asked, and you delivered! Our development teams have been hard at work implementing feedback from the community in time for when we release the public alpha.

Thus we are pleased to announce that the Duelist King public Alpha (Alpha 2.0) will release on April 15th at 12 pm UTC. Over 25,000 of you have already signed up for the public alpha, with numbers growing by the day.

This blog will dive into what we have been doing to work on your feedback in time for the public release of our alpha on April 15th.

How we've Implemented Your Feedback

Skills will be added to cards and balanced with design and game testing to ensure that no card is overpowered. Since we have over one hundred and twenty cards, there are many skills to attribute and balance. Each card faction will have its advantage and skill set, enabling users to build their strategies and defeat opponents.

4. Gameplay Mechanics: Again, mana is another critical part of Duelist King; closed alpha participants have commented that ranged creatures are far too powerful and that mana is too low. You will be glad to know that our development teams are working hard to balance these gameplay mechanics, and they will continue to do so far into the game release and beyond.

These are but a few features our teams are working on in response to user feedback; expect many more gameplay improvements when the public alpha releases. We want to take this opportunity to thank all those who submitted feedback for our closed alpha. Your feedback is invaluable; After all, we are a community game led by the community.

We cannot wait for you to get your hands on our game on April 15th; batten down the hatches, Duelist King fans. It's time to become champion.