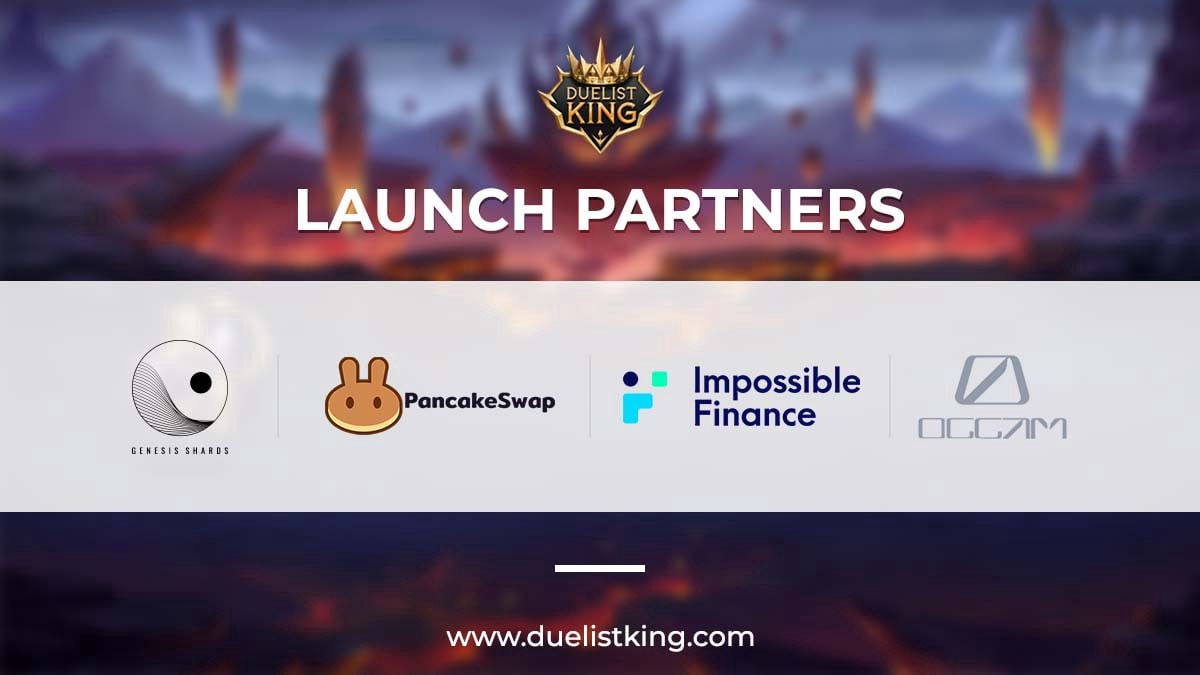 October has been a highly successful month for Duelist King, one of the most popular NFT card games. They are quickly rising to the top to win the title of being the #1 NFT cross-chain #Win2earn game with some of the most lucrative partnerships and successful numbers!

With having some of the most impressive figures during IDO and IFO and partnering with some of the biggest names in the Blockchain industry such as PancakeSwap and OccamRazer, we believe it’s important for the community to know why they are so crucial. With investments and support from some of the biggest names in the industry, they can help Duelist King become a major player in this constantly evolving industry and help develop and create a sustainable ecosystem that is beneficial to everyone, namely the community. It’s crucial to explore each partnership in details and learn how they’re helping Duelist King become the #1 NFT card game in the world!

With 2.8 million users and 31 million trades within the last 30 days alone as well as having staked $11 billion, PancakeSwap is considered to be one of the most innovative companies, being looked at as leading the decentralized exchange on the Binance Smart Chain. Having some of the highest trading volumes in the world, they focus on ensuring low fees and being more decentralized compared to any other centralized exchanges.

Duelist King was thrilled to hold our IFO on the leading decentralized exchange. Taking place on the 27th of October, Duelist king had some of the most impressive statistics and numbers:

And with our farm and syrup pools, in less than 24 hours, Duelist King proudly:

Our Farm Pool and Syrup Pool are still live on PancakeSwap! You can learn how to participate here!

Considered to be the leading decentralized launchpad built for Cardano and Living Cross Chain. OccamRazer is designed to provide the industry leading launchpad capabilities and through leveraging some of OccamRazers revolutionary technology such as fundraising ecosystem algorithms, RegTech and Privacy settings adding KYC and KYT integration and privacy pools. They also implemented advanced tokenomics features into their ecosystem!

We had a record breaking:

A multi-chain incubator and swap platform which focuses on providing industry leading product first services and an ecosystem that supports some of the most top tier blockchain projects and help bring them to their perfect targeted user audience. With some of the most curated projects across a variety of sectors such as DeFi and NFTs to name a few they curate to a variety of users!

Duelist King and Impossible Finance had come together to celebrate and give back to the community that has helped us grow so rapidly and go to the moon! They did an Airdrop and Staking Bonus for $DKT with a total of 50,000 DKT that was available to participants.

Genesis Shards is a decentralised ecosystem that is powered by Polkadot. They are one of the biggest names in the industry, redefining NFTs as DeFi Options. They are popular due to their innovation in developing a permissionless environment consisting of an interchain liquidity for pre-IDO tokens!

With 60K members on Telegram and over 80K followers on Instagram, they want to actively redefine the NFts and Defi options and create an ecosystem and environment where it’s permissionless and focuses on interchain liquidity for pre-IDO tokens! They also have some of the biggest investors in the industry such as Shima Capital, x21, Astronaut Capital and 21 other partners with $2.7 million in funding raised!

Genpad did an analysis on our whitelisting process which you can read right here!