In the bear market, Game-fi isn’t dead, despite what investors might say. To know why Duelist King NFT judges that Game-fi and Web 3 still have potential, please read the content below!!!

In 2021, Game-Fi, and Web 3 were the most popular keywords at that time. Game-Fi combines Game and Finance, and games in Game-fi are related to blockchain. It’s not weird if you heard many words like play to earn in 2021, which means you can play a game and make money from it. The GameFi ecosystem uses cryptocurrencies, non-fungible tokens (NFTs) and blockchain technology to create a virtual game environment. According to expertise, Game-Fi is the new trend that can help many people worldwide make money.

What is the current situation of Game-Fi during the bear market?

The bear market affects any trend in the Crypto market, and Game-Fi is also no exception. The current situation of Game-Fi during the bear market is decreasing so much. According to the data of The block, the Gaming NFT Trade Volume has declined since Mar 2022 from roughly 800M$ to 10M$ until now, which means the market has been divided eightfold from its all-time high.

However, the weekly count of gaming NFT sales on marketplaces by the platform has dropped since July 2021, and from May 2022 until now, it has been pretty stable. Investors still love Game-fi and still believe in it. So that’s proof of the topic Game-fi isn’t dead, despite what investors might say.

Game-Fi, the challenge and opportunity in the Bear Market

Game-fi isn’t dead, despite what investors might say. However, it is not mean all Game-fi projects aren’t dead because, in the bear market, Game-Fi projects are challenging to have the cash flow to maintain their project. For anyone involved in Crypto, it is not surprising to hear the bad things about Game-Fi in the Bear Market, and until now, the amount of that negativity is a lot.

The challenge of Game-fi projects is how to convince investors and traditional gamers about the true value of NFTs and their projects. The 2021 NFT boom resulted in widespread crypto adoption and made many individuals wealthy. However, it also left some significant imprints after the market had settled; several instances of Project Rag Pull by unknown operators and celebrities, as well as reports of NFT novices being cheated, are still circulating. These things make new game-fi projects challenging to approach for new players and hard to convert.

Although the market has a lot of bad news, experts still say, “Game-fi have big opportunities in the future.” Because of the potential of Game-Fi, according to data from Coinmarketcap, the Market Cap of Game-Fi is roughly 5,4B $ and the trading volume per day is roughly 813M $, which means Game-fi is still attracting investors and players at this time.

Not only these things, but the price of Game-fi projects also increased this week. Investors and players are still not leaving and continue earning from Game-fi projects. Several projects’ price and volume trading in the last 7 days seems pretty good.

Therefore, Venture Capital still believes in Game-Fi, the proof that Immutable X, an Ethereum L2 firm focused on NFT-gaming, has announced a $500 million development fund to invest in GameFi. Solana Ventures has also received $100 million in capital to invest in GameFi and DeFi, both of which are aimed at the South Korean market. They are not alone in this. This year alone, according to experts, more than $10 billion is estimated to pour into GameFi. If the cash flow runs into GameFi again, this is a good chance for any projects in Game-Fi as long as they can prove their talent.

The amount of cash spent completely indicates Game-Fi’s potential in the future. With so much money poured into it again, plus investors’ propensity to innovate, enhance, and further develop its new generation of Play-to-earn model. It’s only a matter of time before blockchain gaming becomes the standard. 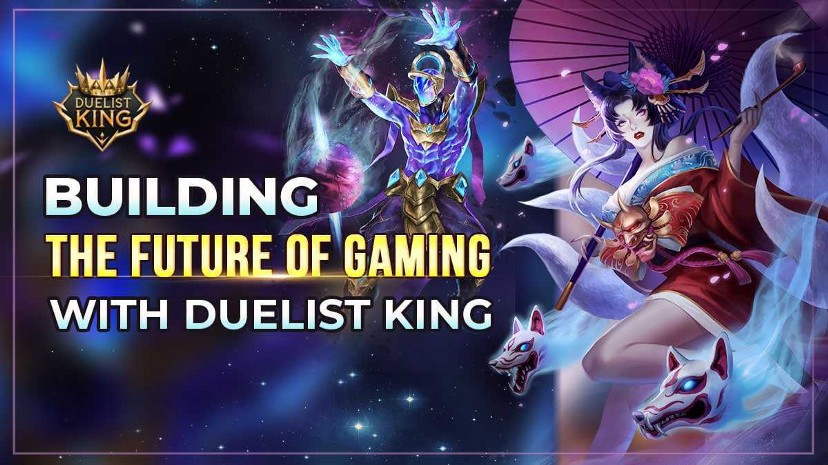