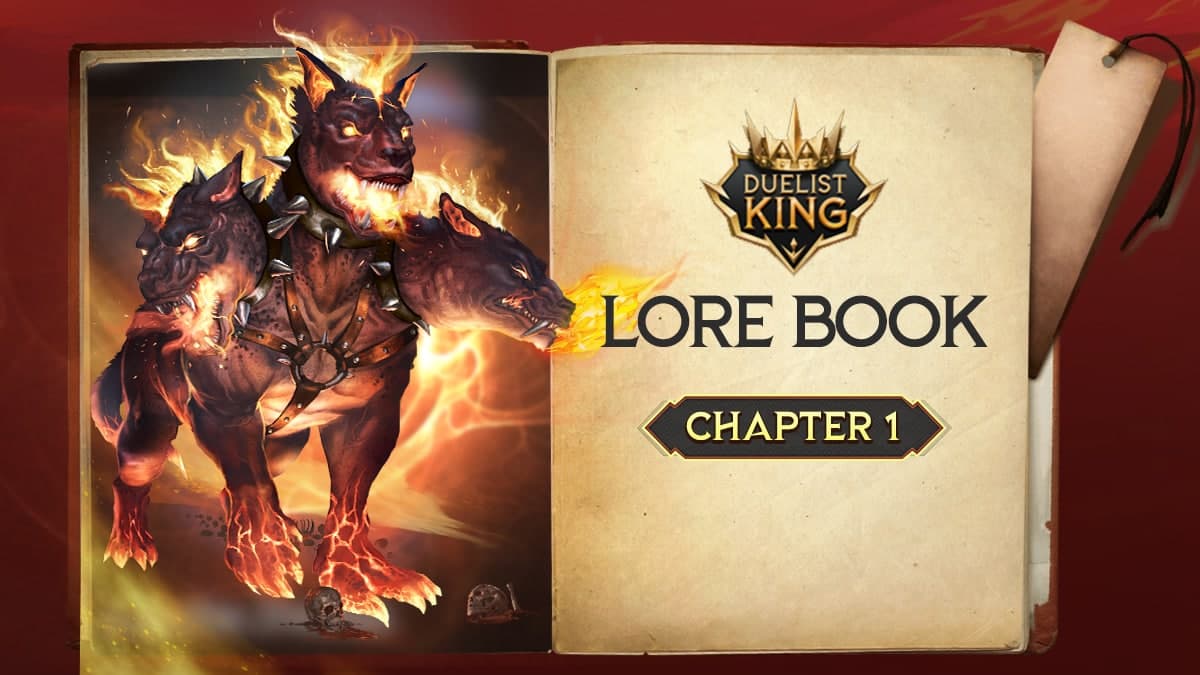 The time has come, Duelist King champions; we've brought you our closed alpha which is now available to whitelisted users, and we are busy working on your feedback to make Duelist King the best game possible.

Duelist King is set in the long-forgotten continent of Duelaria. In Duelaria, the souls of every creature and species are of utmost importance. Each soul is incredibly valuable and the most invaluable artifact of Duelaria.

Due to the value of each soul, creatures of Duelaria began to vehemently fight one another in past times for control over each other's souls:

Under the instructions of the King of Ebony, a small troop of brave knights ventured out of the Seven Kingdoms and into Duelarian wilderness.

They were armed with the finest gear the kingdom had to offer and tasked with claiming the Grey Mountains lost souls for the King.

The knights pushed onwards, defeating imps, and lowly creatures on the way.

In what seemed like years, the knights finally found the Gray Mountain. Tired and hungry, the knights set up camp below the coomb of the mountain, kindling a small fire below its foot.

Songs and rhyme filled the air as the brigade began singing over the campfire. Embers danced in the night sky as the wind softly made its way through camp.

"Yee old, the mountain climb, knights of the old, singing rhyme", the Knights sang into the winter's night with merry cheer, knowing that if they succeeded with their mission, they would be hailed as heroes.

" Booom", a lightning bolt came thrashing down from the sky, striking the soldier's campfire, setting the entire camp alight.

Wreathed by fire, the knights tried desperately to set the fire out with their ewers.

Then from behind, they heard a terrifying scream, "Roarr". The knights turned around to see a gigantic dinosaur, encompassed by lightning, running towards them.

The Knights quickly realized that the King wanted the soul of Tyrant X, a creature of legend that radiates thunder to kill. They soon discovered they had signed up for a suicide mission.

These battles originally took the form of several small battles, but eventually, these conflicts led to a great war, placing Duelaria into a one thousand year war, shrouding the continent in darkness.

However, amongst the darkness, there was light. The "creation gods," unable to bear the death and destruction besieging their continent, summoned the finest warriors in the land, the Duelist King champions:

The Invincible Swordsman, the God of War, sate on his high throne of power, mulling over the tragedy of the 1000 year war. He slumped back in his chair, angry at how Duelaria had managed to become so embattled by conflict.

God bellowed through the halls of high heaven, "BRING ME MY RIGHT HAND."

"Yes, my lord" The guards, acknowledging their master's request, hastily rushed to the end of the throne room, opening the large iron-clad embrasure that led to the rest of Genesis.

The immortal god's right hand, a huge creature, about 8 feet tall and covered head to toe in golden panoply,  strode into the throne room, kneeling before his master in obeisance as he approached him.

"What is my bidding, my master."

"You are my right hand and one of the greatest vassals of Duelaria."

"You bring judgment upon the wretched and the innocent."

"But what has been the consequences? We still see war, death, and despair."

"I have been disheartened by the continuous bloodshed and cannot stand it anymore. We need unity. We need action."

The Invincible Swordsman rose from his throne, fury in his eyes.

"Get me the Duelist Champions. We need to bring back order to this world."

Upon summoning, the gods granted the champions the power to control the continent's creatures, wield them in battle against one another, and stop the bloodshed. Consequently, the winner of this battle will become a duelist champion and become the continent's king.

This is where you come in as Duelist King champion, become duelist victor, and claim your rightful seat as king.

Duelaria is split into several different realms. This image provides a summary of each of the domains; we will dive deeper into the lore of each of these in later chapters of this lore book.

Across each of these realms, much blood has been spilled over the one-thousand-year war. But a new era is beginning, an era of conquest, glory, and battles like no other. Nothing can prepare you for what is ahead.

‘Extract’ in Lothlorien ME 3:4, a whisper of forthcoming:

Leore, the elf king, looked out into the lush green eaves of Lothlorien.

He watched as dark elves flung themselves at his village, trying to penetrate his burg.

"Deceitful foul creatures, they make me sick" admiral Metsavana, Leore’s key commander, looked disgusted as she walked up beside the king, clearing her maw as she made the statement.

Pausing for a moment, Leore turned to Metsavana, placing his hands on her shoulders.

Remember Metsavana? The dark elves were once one of us—warriors of this land fallen from grace due to the wickedness of the darkness.

They embody evil of no fault of their own. We shouldn't be in disgust. Rather we should be sympathetic.

Leore continued, "darkness is coming, Metsavana. Soon we will have to fight these fallen brothers and sisters."

"True courage comes from the ability to forgive, not to take. I hope you remember that"

Leore left the balcony, grabbing his bow perched by the doorway. Metsavana stood silent, watching the dark elves as they relentlessly tried to break into the embattled town.

A tear fell down her cheek as she remembered the lost elves, knowing that soon everything would change.