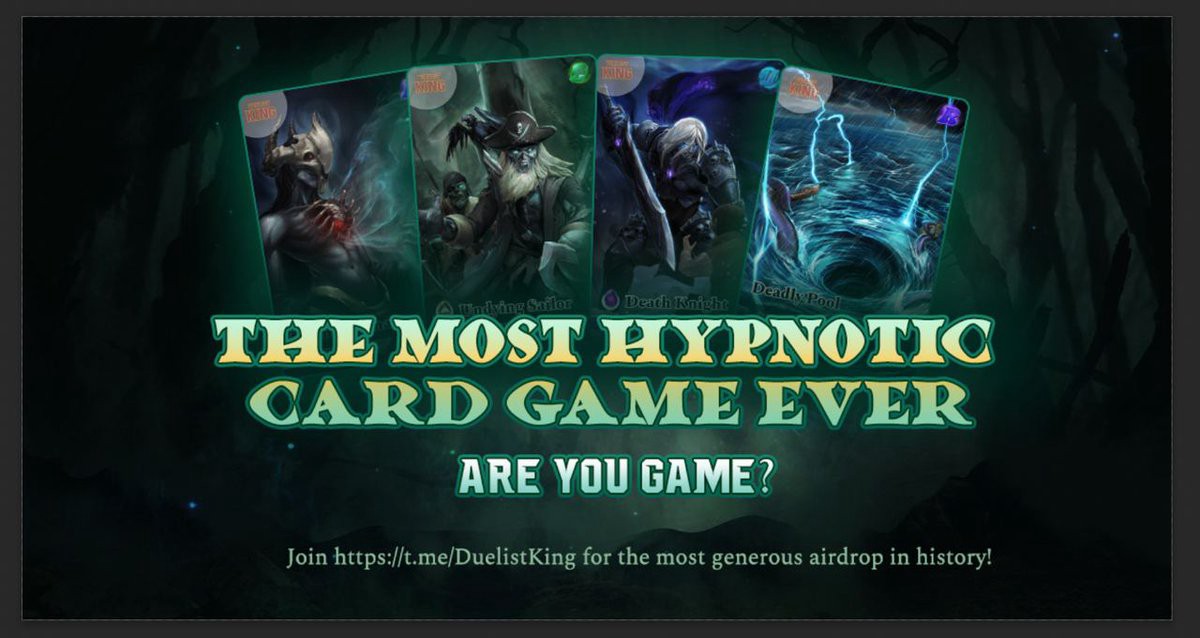 Duelist King follows a Gwent style of play where each player has a deck of 22 cards of which they draw 10 before each match that contains three rounds. The aim of each round is to score the most points by combining the value of the Duelist King cards played. The winner is the person to win two of the three rounds.

However, Duelist King is not just another NFT card game. The project is revolutionizing the way people buy, collect, play, trade, contribute designs, and earn in NFT card games. It evolves the play-to-earn model through the power of DAO and tokenization to create a community-owned & incentive-based card game.

The founders of Duelist King have carefully created a system of fair & equal in-game asset distribution. NFTs are distributed via a mystery box system. Each mystery box contains 5 NFT assets and costs $5 with a dynamic discount for purchases on 10–500 boxes. The contents of each box is generated algorithmically, based on the set rarity levels. This system means that every investor purchasing a mystery box has a fair and equal chance to land one of the rarer (and more valuable) NFTs.

There are six levels of rarity for Duelist King NFT playing cards.

Duelist King is a DAO that uses governance tokens to create a game where the players, collectors, creators, and investors can influence the game by creating and voting on proposals. This creates a more personalized experience where the Duelist King community is more engaged with the game because they have a say in how it is run and developed. For example, Duelist King allows you to customize your deck, choose your own gameplay, design your own game or build a unique tournament that the community can vote on.

To help manage the community-driven creations, there will be 10,000,000 DKT (Duelist King Tokens) available that will act as the governance token for the Duelist King ecosystem. Any creator, player, or collector can make their voice heard by buying and holding the DKT token. Firstly DKT token holders can vote on project proposals and secondly, they will be paid dividends that are accrued from the project profit pool.

So, for the first time, Duelist King shows that an NFT card game where the community creates designs, proposes new games, and runs unique tournaments is possible. It’s an example of an ever-evolving gaming ecosystem that utilizes DAO and tokenization to create the first-ever democratic NFT card game.