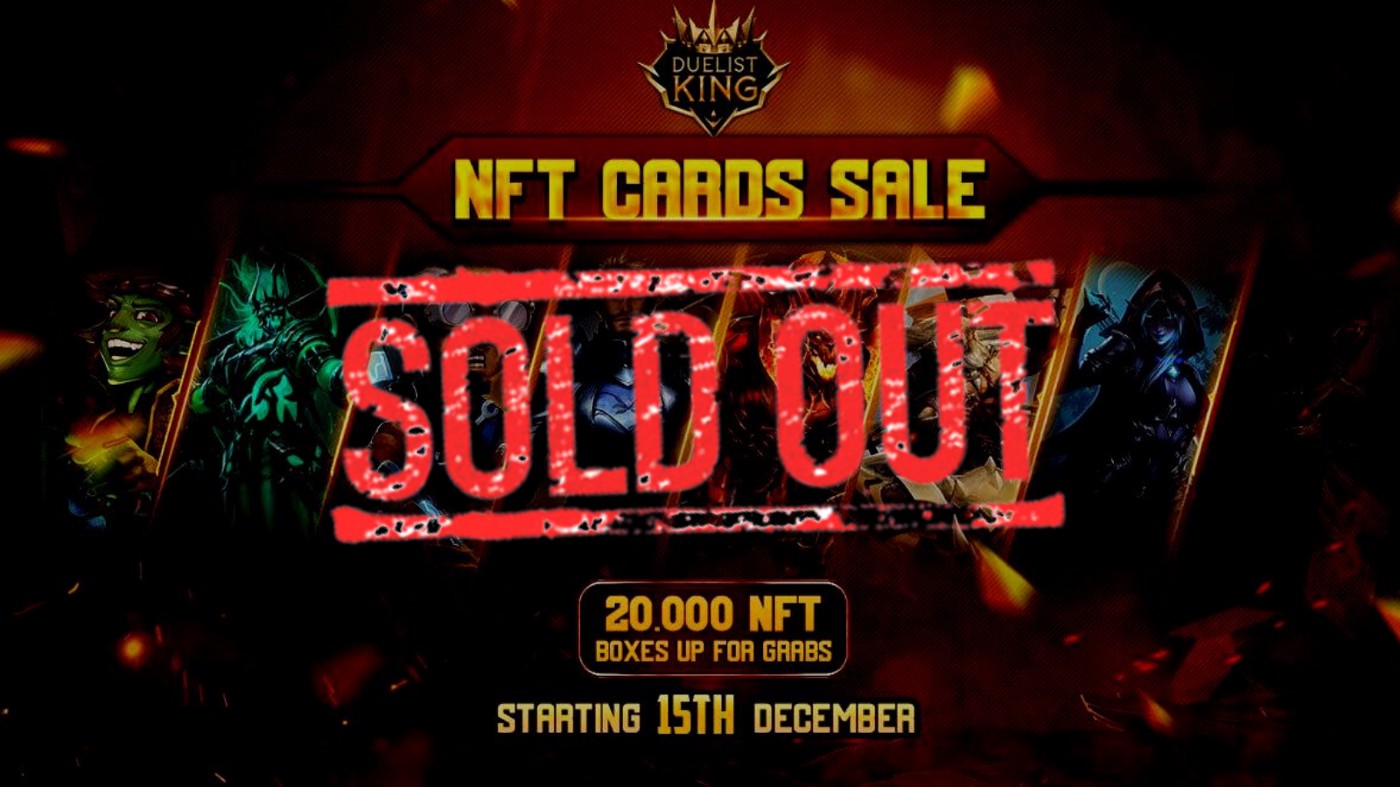 Duelist King launched its second NFT card sale today, with the drop selling out 20,000 mystery boxes. The drop exceeded all expectations, with the sale selling out lightning fast. The sale was supported by Fantom Foundation, who also sponsored 100% of the gas fees for opening NFT boxes, which will be refunded to buyers.

The boxes introduced players to new cards they had never seen before and were part of a 25 round distribution. The rounds featured 20 incredible designs allowing players to build impressive new decks with unique cards.

The distribution ensured that as many players as possible could get their hands on the mystery boxes fairly due to the power of the Blockchain, allowing veteran and new players to upgrade their decks.

Duelist King is revolutionising NFT gaming and gaming in general. Its use of DAO and tokenisation is democratising the gaming industry. Duelist King is putting power and decision-making back in players’ hands. It is creating a community-owned ecosystem that allows you to earn while playing.

This second drop of mystery boxes is yet another step towards this goal. We can’t thank you enough for your support and the success of our second drop of cards. The second batch of cards sold out in record time, and it’s all because of you. Thank you! We can’t wait to tell you about our next card sale. Stay tuned to Duelist King for more information.

Launch details: The second batch of cards launched on December 15th at 12:00 PM (UTC). The boxes were distributed fairly on the Blockchain and featured new cards with new designs, allowing players to upgrade their decks.