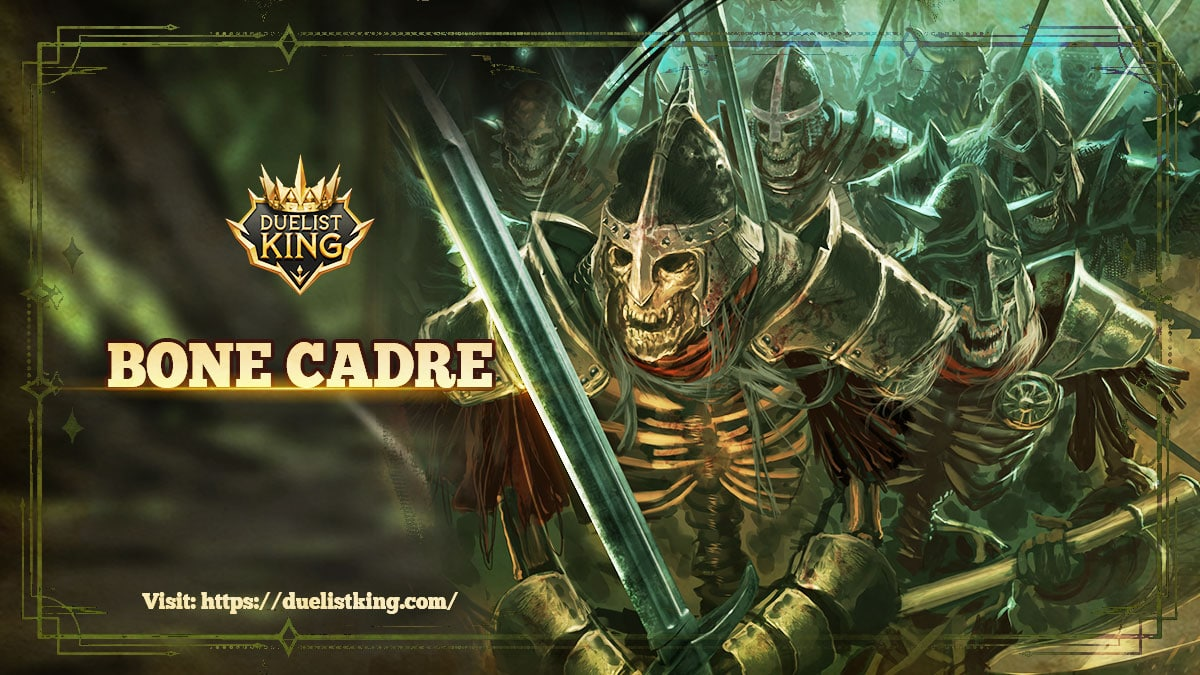 We want players to be proud of the cards they hold and chase those they wish to collect. Our card stories will enable this, adding considerable value to individual cards.

Over the last couple of weeks, we have asked you, the community, to improve our current card stories. We asked you to improve our V3 Kerberos card two weeks ago, and last week we wanted you to help us with our legendary Dragon Slayer card.

This week we want you to help us improve our Bone Cadre V3 card story below. The Bone Cadre are a merciless skeleton army born from the Manchac death swamps. They emerge from the depths, pillaging and killing, in the hope of finding something.

A small townlet just outside the forest of Lothlorien laid quiet in the silence of night. Pleasant during the day but dangerous and drear at dusk, the townsfolk prepared for what they called the bane from the swamp.

Of course, they referred to the Bone Cadre, an ill skeleton army born from the nethermost regions of Manchac, the death swamp.

According to village legends of old, the baleful skeletons are neither dead nor alive, living between the mortal and the deceased realms.

Legend has it that yore a sorcerer of great wisdom cursed a group of mortal men for stealing a rare garnet that could grant them untold power, turning them into demons of the swamp.

Over the years, the Bone Cadre has plagued the lives of many, killing those who durst stand in their way.

No one knows why the Bone Cadre emerged from Manchac. But what we do know is that the Bone Cadre seeks something. Something that perhaps may make them human again.

The villagers hurried inside as the ground shook, looking aghast as the evil skeleton army emerged from Manchac. One by one, the skeleton cadre arose from the mead, bashing their keen swords against their corslets, letting out a war cry; the townsfolk hid in terror as the skeletons beset their village.