Explaining Duelist King Fair Distribution: What it is and How it Works 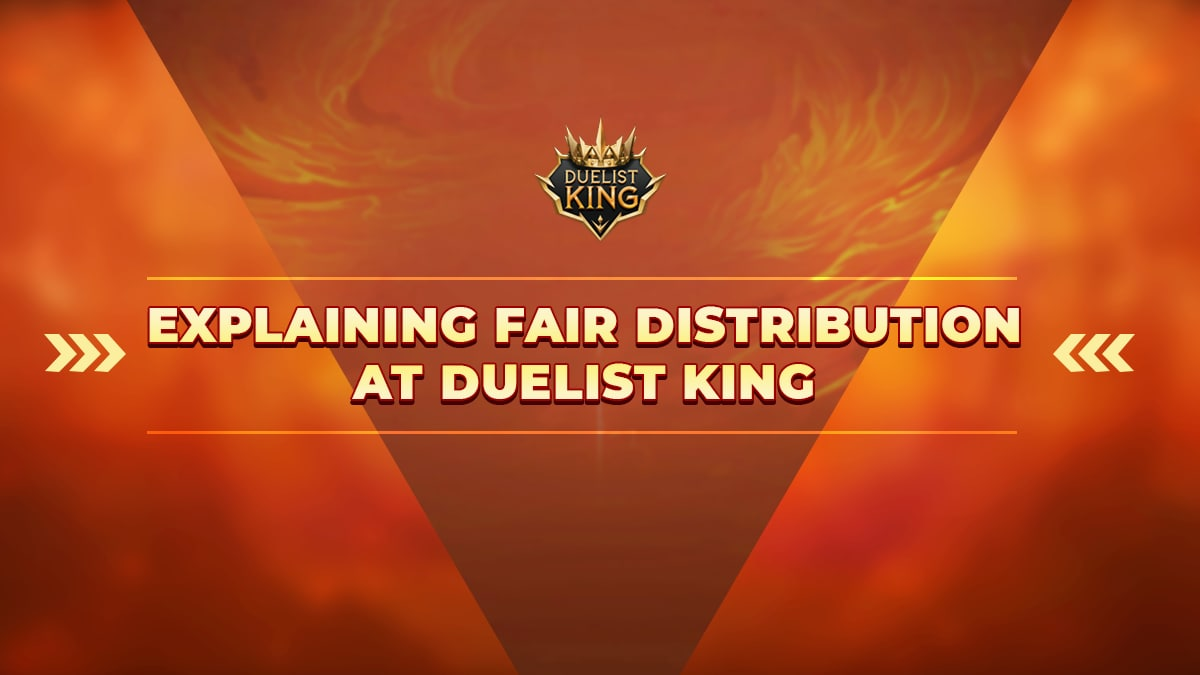 Duelist King is an NFT game shaping how we view and play games. As well as the traditional play to earn feature that most NFT games have, DK also has its own in house decentralized Autonomous Organization (DAO) and decentralized Random Number Generator (dRNG).

Both these tools are input processors that power the distribution of our cards in both a transparent and fair way. This article will delve into one of them: the decentralized Random Number Generator (dRNG). The article will explain what dRNG is, how it works and what it means for card distribution when you get to experience the full game next month.

As highlighted, dRNG is an input processor that works to power card distribution within Duelist King. For the last decade, within mainstream video games, random number generators (RNG) have been used frequently to distribute in-game items such as loot boxes, cosmetics and other useable items. However, often this distribution has been unfair, biased and inefficient.

As we know, NFT gaming has prized itself on its decentralized nature because of the Blockchain. Thus, the processes that come with gaming on the Blockchain are decentralized, fair and far more democratic than traditional gaming models.

Duelist King is leading the way in this regard. Our dRNG is a decentralized, more transparent and more democratic way to distribute in-game items. Currently, on the market, there is nothing to compare to the Duelist King dRNG. Our CEO Dũng Trần, explained more about this groundbreaking feature in our interview with him last month:

In terms of DRNG, currently in the gaming market, there are significant problems with in-game item distribution. Our mission at Duelist King is to make distribution fair using the Blockchain, which means that everyone can get the same chance of owning DK NFTs in the form of our cards. Our DRNG will allow players to have an equal opportunity. Currently, there is nothing like our DRNG on the market due to its hardship to execute. Others are following the trend rather than implementing it to the highest standard.

As a result, we are leading the way in in-game item distribution. We want you to have the fairest chance possible at owning some of the games best cards, and the dRNG is one way of doing that.

How Does it Work?

As highlighted, we want you, the players, to have the fairest possible chance at owning our cards. Often, many do not care about the fairness of item distribution in games and the randomness of the transaction.

Our CEO Dũng Trần asked himself when thinking about the feature, if we have blockchain technology and smart contracts, how have we not developed a system that allows users to verify the result of card distribution?

He came up with the commit scheme built into our games smart contract to answer this question, enabling players to demonstrate the fairness of card distribution.

The commit scheme guarantees that every result from distribution is verifiable. For example, you get a card from one of the Duelist King Mystery boxes randomly. You can then choose through this commit scheme to reveal your card whenever you want, which the community can then verify. No one can change this result due to the nature of the smart contract.

Our commit scheme, built into the smart contract, ensures that no one can cheat and that cards are distributed fairly. We use the keccak256 hash function to secure our commit scheme within the contract.

Similarly, we also enable players to win a card within our smart contract.

We can also simulate the distribution of cards through the following model, which we can do on the Duelist King smart contract.

As shown below, you can see the result of the card distribution via the graph. As emphasized all cards are distributed equally.

Why is it Important?

Gamers have become more hostile towards video game publishers due to predatory monetization policies and unfair distribution models. Duelist King uses the power of the Blockchain and smart contracts to ensure that all card distribution is fair and verifiable. Our dRNG through the commit function allows us to do this.

Currently, there is nothing like dRNG on the market. As a result, Duelist King is literally transforming the game by changing traditional distribution models for the better. We are fully committed to democratizing gaming, and our dRNG is just one way of doing this.

You can help us do this by signing up for our game demo, releasing next week. You can sign up here.