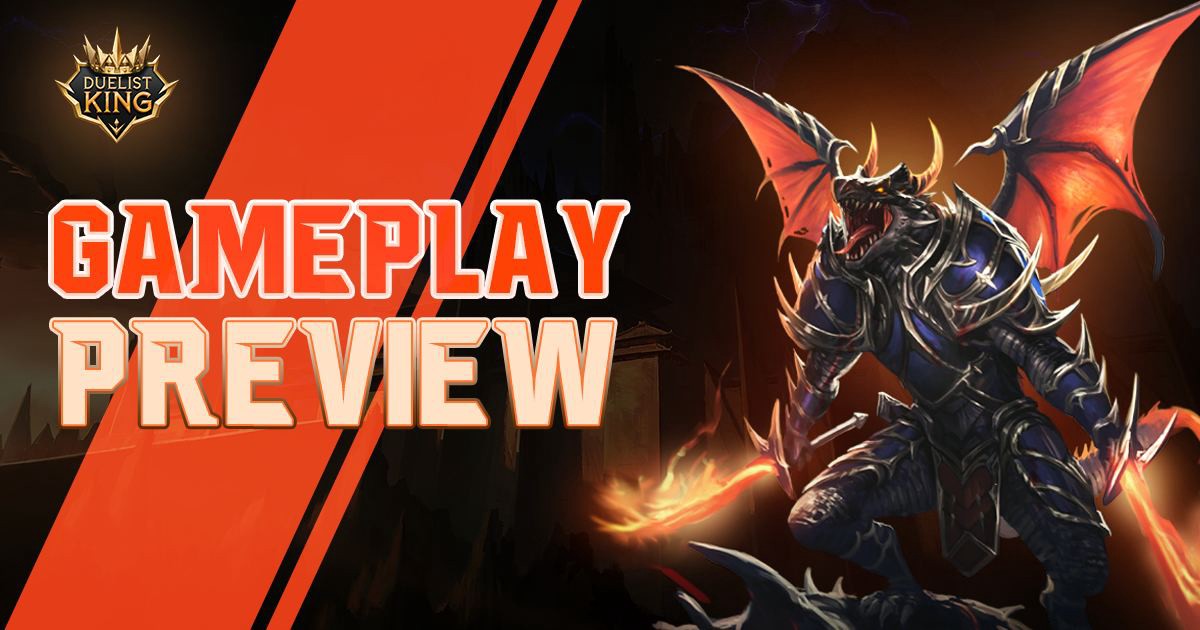 We’ve all played or at least seen the traditional card game. A fun and competitive twist on a simple concept that dates back to the 9th century. There has been a wave of revolutionary card games such as Hearthstone or Gwent that take a simple card game and add stories + characters we get attached to. Most importantly these games add statistics and attributes to each card, allowing players to delve deeper into assessment of each card to make decisions on the battlefield.

These games have been considered to be the peak of card games, pushing the industry and helping card games become a mainstream category but the question now arises as to where does this category go next? How do card games become more engaging and how do they grow?

Presenting Duelist King, a revolutionary NFT card game that is focused on transforming the way people participate and earn in card games through top-notch game play, asset designs and advocacy. #Win2Earn motto is in the front and center of this upcoming game, pivoting a way for the community to enjoy, engage and subsequently earn from the game.

A HORRIBLE MALEDICTION THAT HAS NEVER BEEN BESTOWED BEFORE

Tormented by the ever-increasing carnage and death toll, Raz, the mighty duelist king of Fok decides to stop the spate of killings lest the entire planet is wiped out by war.

He seals “a malediction so powerful and horrible that never been bestowed before” in a holy chest to bring lasting peace on earth. The holy chest also promises eternal power to the beholder

The main appeal of the game is the cards, they are in the front and center and the best part is they are your gateway into earning. They can be sold on an open market, collected, kept, traded, or played with!

The community has the power for choosing which cards and designs they want to see, what is available, and how the game is played.

You start the game on the battlefield, with your deck at the bottom and the opponent’s deck on the other side. Your deck is customizable and you can go into the inventory and see which cards are available and change which cards are in your active deck.

The battlefield has two main lanes, the front where you put your melee attackers and the back lane for ranged attacks

The battlefield has two main lanes, the front where you put your melee attackers and the back lane for those ranged attacks

The cards consist of three types which are the:-

The cards are further broken down into three types which are:-

The Attacker is a character that possesses dominant attacker attributes such as monsters, wizards, or swordsmen

If you look at the cards themselves, they all have unique attributes that are visible such as the attack range, rareness, and more. Due to these unique attributes, the attacker is also broken down into two different forms; the Melee attacker which are characters that attack from up and close and personal and the Ranged Attacker which prefers attacking from a distance.

Other than the main character cards, you have companion or item cards known as Magic cards here. They act as support, helping boost certain attributes, and come in four elements which are thunder, ice, Venom, and resurrection.

How does it play?

The game has two main modes. The Free2Play version is for users who want to try out the game, see if it’s for them, learn the ins and outs of the game and how it works. This isn’t challenging and acts as a stepping stone for new players.

Then there is the standard mode which is for more experienced players. You need a minimum deck of 22 cards and here’s a pro tip- If you have a variety of cards with a healthy mix of attributes and types of cards you have in your deck, the higher chances you have to get those W’s.

The UI is simple to pick up, allowing you to be quick to respond or to carefully check your attributes and see which cards make the most sense. The cards can be dragged and dropped into either lane or used to directly heal or attack other cards in the lanes.

The inventory allows players to see stats, attributes and choose which cards they want in their active deck

The inventory allows players to see stats, attributes and choose which cards they want in their active deck. There is even the inventory where you get to see which cards are in the deck and swap them out from the ones you own, this allows you to mix and match your cards to get the best results and decide what kind of a player you are, whether its a closed range player or someone who dominates from the back lane.

The other thing to keep in mind is the Player vs Environment (PvE) and the Player vs Player (PvP). The game is played in 3 rounds.

For a player to win a round, it’s quite simple. Just have a higher cumulative score than your opponent. The scoring is calculated as the total damage you cause within around. To spice things up, there are ‘Death Points’ which are calculated when a card is destroyed.

To win? Just win the first two rounds, if both sides run out of cards, the match ends, it even ends if one side runs out of cards as well.

How does it feel?

The game has a turn-based strategic gameplay. For how simple the UI and gameplay are, it can be challenging. At the front and center, you have the cards which play a key role in the game. This is great in creating a balance between new players and old school card games players.

For those hardcore Hearthstone and Gwent players, they will feel right at home. The game essentially works the same but for the new players, the Free2Play mode will be a great stepping stone. The cards also can be sold, collected, or traded allowing you to earn with the card YOU own.

Statistics and attributes are crucial gameplay elements. It can make or break your game. You can go from being in the lead to losing by a massive gap because of one error. This gameplay mechanic on paper is simple, it’s the same as those classic games we’re all used to playing since we’re kids whether it be Pokemon or Gwent.

Stats and attributes play a key role but with the clean UI, it allows you to see them on the go during gameplay.

Adding in the element of a community-centered collection, making sure the players decide what they want in their game, how they want to play such as choosing the format of a tournament and even submitting their artwork to be featured makes this different from the traditional card games where we didn’t have much of a choice about what will be in the next collection or how to play.

This as well as the attributes-focused gameplay makes this challenging for those hardcore card game lovers. You need to be strategic over how you choose which card goes in which lane and which character or magic card can your opponent pull. One wrong move, one wrong card, or maybe the use of a magic card just too early and you can end up losing.

To buy cards, you can buy them from one of their batches that are sold on their website and just these purchases of their $5 boxes where the cards you get are randomized, they can be common or legendary and come with a variety of perks. For example, the people who purchased their first batch got tickets to a lucky wheel spin where they could win some exciting prizes.

If you’re a fan of turn-based strategy card games, Duelist King might be worth looking into. The Win2Earn motto and community-focused infrastructure puts Duelist King ahead of the traditional card games we’re all used to and have seen before. Duelist King here to stay and prove this with their ever-evolving and growing community.