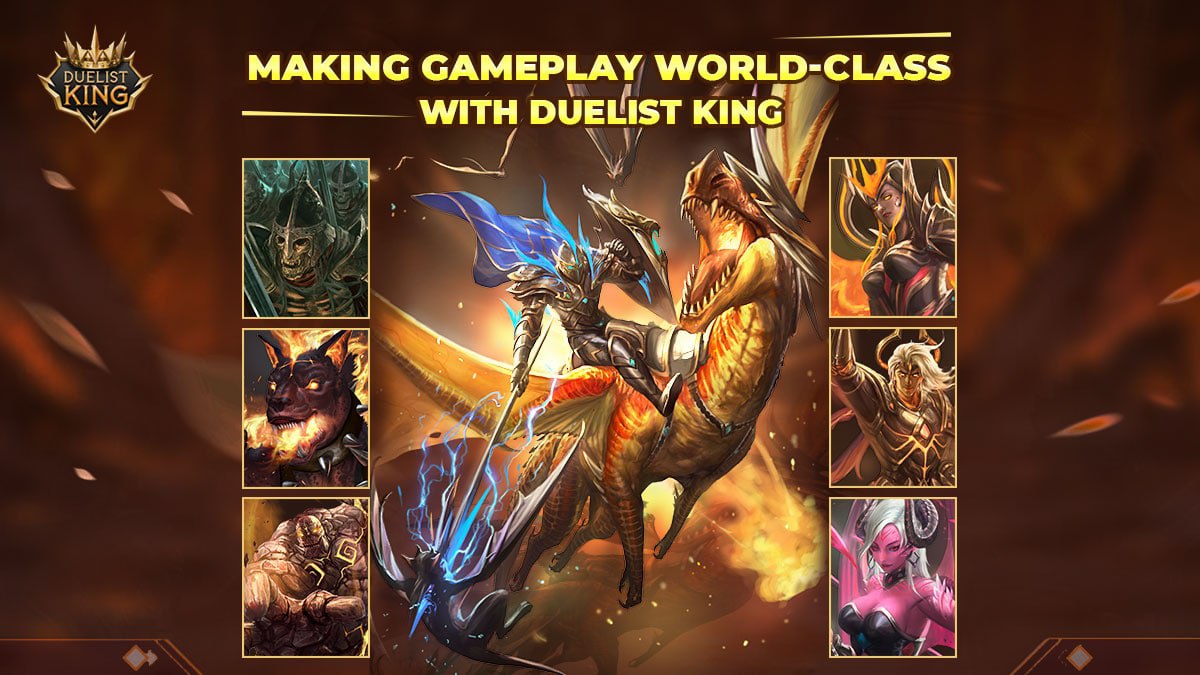 Currently, the NFT gaming scene is saturated. Every day new projects get released onto the market, encompassing new NFTs, game mechanics, and visual gameplay styles. But often, these games focus primarily on the blockchain mechanics rather than the gameplay itself; here at Duelist King, the gameplay is king. We believe that a good game should have the fundamentals of great gameplay at its core, rather than sidelining it. Thus, we put the gameplay experience first.

Our CMO, Nicole Nguyen in an interview with the Metaverse Insider, had this to say about the importance of gameplay for Duelist King:

Duelist King is not just another blockchain game – it starts as a game with world-class designs and gameplay powered by exciting applications of Blockchain.

We believe that it doesn’t matter if you build a blockchain game or a mainstream game – at the end of the day, it should centre around gamers’ experiences; hence everything we are doing is to elevate this experience through the look, the feel and the technology behind it- CMO Nicole Nguyen

As a result, Duelist King is more than just another Blockchain game. It is so much more than that. It is a game that features world-class design and gameplay at its core as the crucial fundamentals of Duelist King. We aim to continually improve the Duelist King gameplay experience, starting right with our first closed alpha release a couple of weeks ago.

Putting the gameplay experience first rests in the origin of Duelist King. The founders were heavily influenced by mainstream video games when conceptualizing Duelist King. At its core, Duelist King is a turn-based card game that requires deck building. Thus, the game was inspired by the success of card-based classics such as Yu-Gi-Oh! Duelist King Co-Founder and CEO Dũng Trần explained more about his inspirations in an interview with the DK marketing team:

In terms of inspirations, I was inspired by card games such as Yu-Gi-Oh! and turning that concept into NFTs. I loved the idea of how Yu-Gi-Oh! monsters would appear on cards as 3D models when summoned; hopefully, one day, we can introduce a similar concept to DK. Likewise, we were inspired by how Blockchain can improve gaming by giving players ownership over their games and giving them real value from their game items- CEO Dũng Trần

As Dũng explains, Duelist King was inspired by the success of card-based classics such as Yu-Gi-Oh! Over the years, the Yu-Gi-Oh! The franchise has had many iterations of its famous TV show and many different games, showcasing what it can do when it seeks to engage the user directly. But despite iterations, at its core, the fundamental battle mechanics and card-based battles have remained largely unchanged.

Overall, this blog has highlighted how and why the gameplay is foremost important to Duelist King. We put the gameplay experience first before everything else. As we continue to release iterations of our game past the closed alpha, we hope you will see this philosophy in action. We will release the 1.2 version of our game alpha at the end of this month, just one example of how we are constantly working on the gameplay of our game, thanks to your valuable feedback.