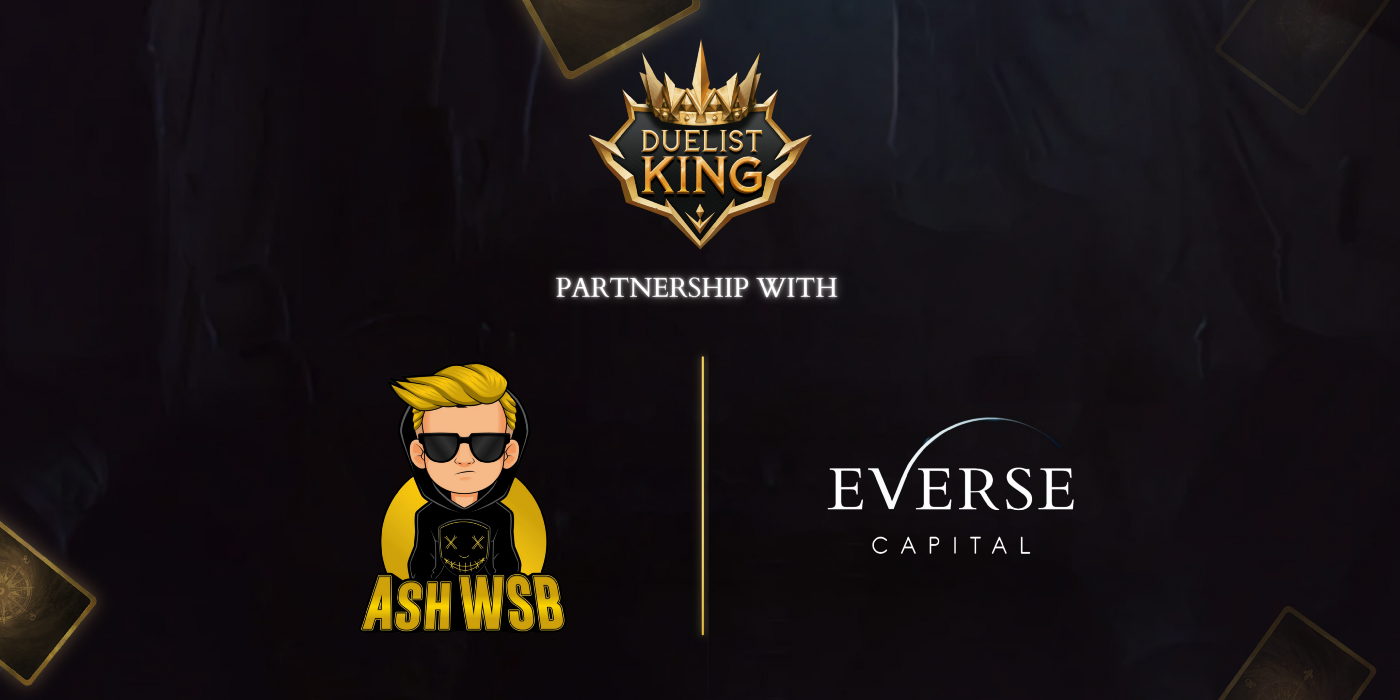 Duelist King — The NFT card game has grown exponentially over a last couple of weeks, recently the project sold out 50,000 NFT boxes within 45 mins of its first cards sale. The interest within the community is growing towards the game as the team at Duelist King seeks to democratize the system, offering a fair platform for everyone to collect, trade or play in.

In recent weeks the game has managed to join hands with a lot of renowned names in the space. One such partnership is with AshWSB and Everse Capital,

Everse Capital is known to support and back a variety of projects across the industry from DeFi,Web3 and even NFT. Not only providing a financial backing but helping many of their portfolio companies grow their communities to reach thousands of users and build an engaged following, helping them reach a global audience and all of this before they even launch! They have led many of their backed projects to have a total market cap of billions of dollars using their skills to focus on active networking and capital funding that is efficient.

AshWSB, the creator of Everse Capital. A widely popular social personality and entrepreneur within the crypto space who has amassed a following of 300 thousand people. His unique fusion of experience in a variety of industries along with a portfolio of success in the blockchain industry brings in experience which comes with a sense of business development and a strong community following. This allows him to have an extensive network of blockchain intellectual resources for his backed companies.

The partnership is set to enhance the growth of Duelist King’s global community and tap into the wider crypto ecosystem. AshWSB, the renowned crypto influencer is acting as an advisor in giving direction to the NFT card game project whereas Everse Capital, the digital firm created by the crypto influencer himself will be investing in the project, which is not limited to financial support but extends to creating engagement within communities and growing the game’s reach in the global market ahead of the launch later this year. With the backing of two successful entities, Duelist King is set to take the NFT gaming space by storm!

The second batch of cards sale is scheduled to make an appearance on 23rd September, 2021 until 25th September (12:00PM UTC). The Game Demo of is set to come out on the 25th September, whereas its IDO due to launch in mid-October.