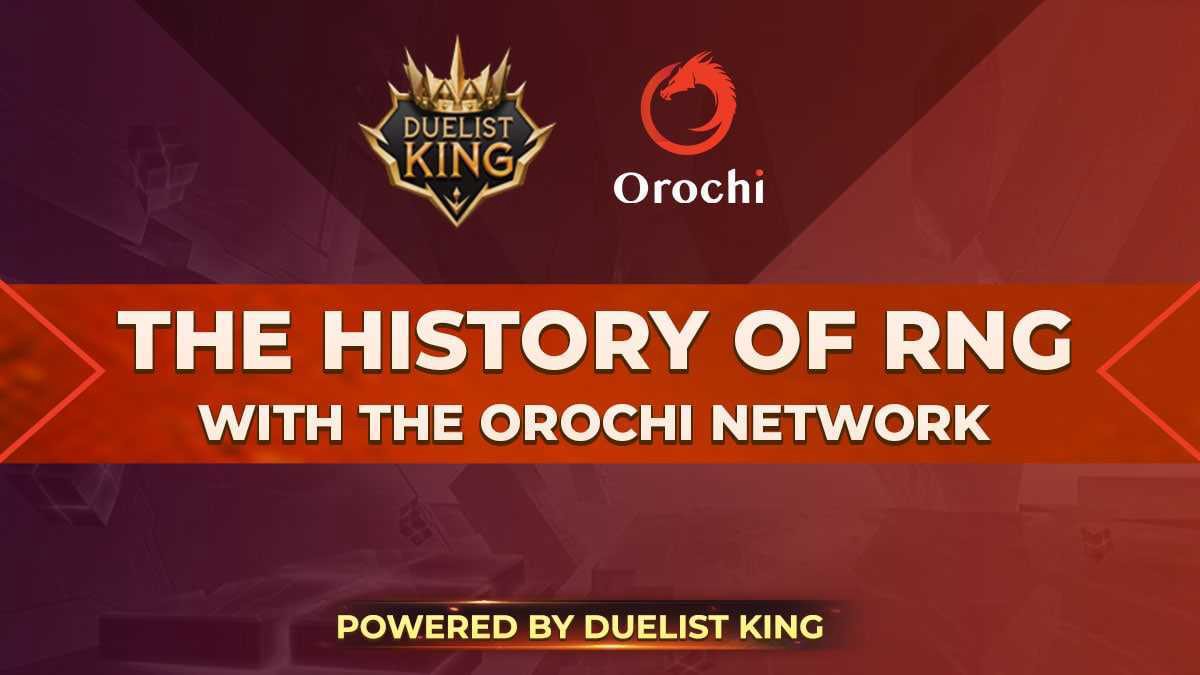 As mentioned in previous blogs, the Orochi Network is the future of gaming. The one-stop infrastructure for decentralized gaming. Orochi is the sister company of Duelist King, having been founded by Duelist King's founding members. One of those is former Duelist King CEO Chiro Hiro.

Chiro has been heads down developing Orochi and speaking at events under the banner of the company. One of these was Polkadot Decoded.

Polkadot Decoded is a series of live events around the world that are also live-streamed, featuring some of the brightest minds in blockchain and web3. Chiro attended one of the events and spoke about Orochi and the history of the random number generator (RNG)

Chiro began his talk by introducing the concept of RNG and its use. As you may remember, Duelist King uses RNG to ensure fair and transparent issuing of NFTs and digital assets.

Our former CEO continued by outlining the stages of RNG, from centralized approaches, such as using dice, to True RNG and Pseudo RNG based on algorithms. Chiro then touched base on the NIST scandal and distributed RNG, outlining features such as the verifiable random function and delay functions.

Finally, Chiro wrapped up his speech by shedding light on the weaknesses of current RNG approaches by exploring theoretical concepts. Such weaknesses include the concept of colluding party, where a group of people have collective power over a network and try to manipulate it. Withholding secrets which see participants manipulating results due to the collateral being lower than the prize pool and comprising with adversaries due to no penalties (Nothing at stake).

Chiro proposed a new approach to tackling these RNG issues, that being the Orochi Network, which enables a group of people to secure the generating process. The Orochi protocol was built to stop cryptographic and economic attacks, where users seek to manipulate the results of RNG. Thus, Orochi Network guarantees the fairness of distribution and RNG on the blockchain with use cases for the metaverse as well.