Your Feedback is Invaluable for Improving Duelist King: Here's Why 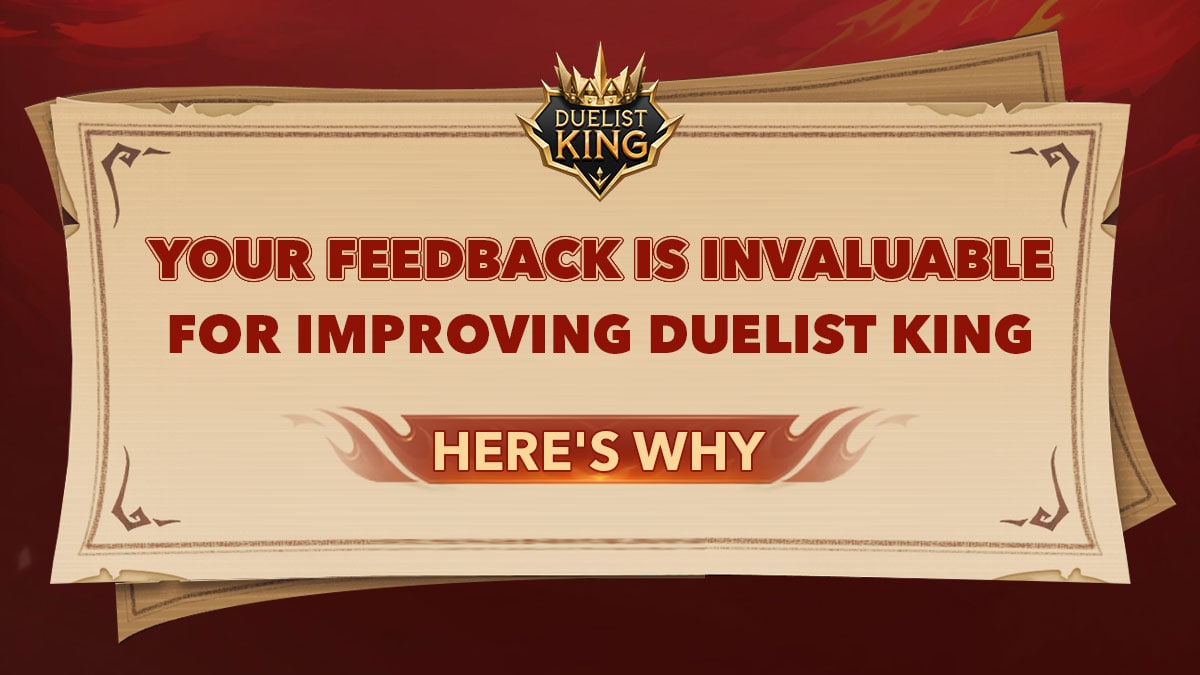 As you know, the last month has been a busy time for Duelist King. Aside from partnership building and community engagement, we also released our first closed game alpha. Two thousand of our most loyal community members were given access to the private alpha and allowed to win thousands of dollars worth of NFTs by providing valuable feedback.

We asked, and you delivered! Our development teams have been hard at work implementing feedback from the community in time for when we release the public alpha on the 15th April. This blog will highlight what we have been doing to improve Duelist King according to your feedback.

The user interface was a critical element of your feedback. Many of our alpha testers stated that the UI was poor on mobile devices. Mobile users, you are in luck. Our development teams are working hard to redesign the current UI to ensure that it is compatible with mobile and PC.

Similarly, many of our users critiqued the limited time per round /phase to attack. Alpha testers were frustrated with the lack of time per phase to carry out their attack strategies. Our development teams have taken this on board by adjusting the time required per phase for an attack, giving you enough time to strategize.

Card skill is another crucial element to Duelist King. In the closed alpha release, players were given the simple option to attack and summon. In the next game release, we will be adding card skills to each card. This will transform gameplay, adding a whole new layer of strategy that players want.

Skills will be added to cards and balanced with design and game testing to ensure that no card is overpowered. Since we have over one hundred and twenty cards, there are many skills to attribute and balance. Each card faction will have its advantage and skill set, enabling users to build their strategies and defeat opponents.

Again, mana is another critical part of Duelist King; closed alpha participants have commented that ranged creatures are far too powerful and that mana is too low. You will be glad to know that our development teams are working hard to balance these gameplay mechanics, and they will continue to do so far into the game release and beyond.

These are but a few features our teams are working on in response to user feedback; expect many more gameplay improvements when the public alpha releases. We want to take this opportunity to thank all those who submitted feedback for our closed alpha. Your feedback is invaluable; After all, we are a community game led by the community.